RE/MAX brokers and agents in Canada were asked to provide an analysis of their local market in 2021 and share their estimated outlook for 2022. Based on their insights, 97 per cent of Canadian real estate markets are expected to favour sellers, impacted by limited housing supply and high demand.
According to the RE/MAX broker network in Ontario, market activity across the province is anticipated to remain steady in 2022, with continued average price growth, although at widely varying degrees. RE/MAX brokers anticipate average sale price increases in smaller markets such as North Bay (four per cent); Sudbury (five per cent); Thunder Bay (10 per cent); Collingwood/Georgian Bay (10 per cent); and Muskoka (20 per cent), where the move-over trend has remained strong. Meanwhile, in larger markets within the province, there’s a possibility that more immigration could weigh on supply levels and prices, including Ottawa (five per cent); Durham (seven per cent); Brampton (eight per cent); Toronto (10 per cent); Mississauga (14 per cent).

The main federal political parties have released their housing plans. TRREB is encouraged by the attention being given by all parties to housing affordability challenges, something that TRREB has consistently advocated for many years. The affordability challenges we see today are fundamentally rooted in the fact that housing supply has not kept up with population growth, and we continue to push all parties to focus on a sustainable supply of diverse home types that meet the needs and expectations of GTA residents.

Below is a full summary of the various housing and real estate related campaign commitments released so far.

The Liberal Party housing plan is focused on a three-part strategy, including commitments for new government funding to support homeownership; a plan to build more homes to address supply constraints; and measures to establish and protect new rights to buyers, including banning “blind bidding.” Click here to see TRREB’s position on blind bidding.

The NDP’s housing plan focuses on making housing more affordable for families while helping young Canadians and families buy a home they can afford, and build 500,000 new affordable homes in ten years with half done within the first five years.

Go after “big money” investors by:

Liberals pledge to ban blind bidding and make public bidding mandatory, would it help cooling off the market? Australia is the country has already implemented this but it did not prevent the market from rising.
For those of you not sure how the public bidding works, please refer to this public bidding video in Australia.
Housing Platform from different political parties:

Peter He is Talking about GTA Real Estate on TV

Peter He: Toronto's Housing Affordability Challenges are Here to Stay... How will the new cannabis laws affect real estate?

Cannabis is just legalized in Canada, what do you think? Is it a good thing or bad thing?
How would this cannabis law affect your home value? ...
As per a survey, 57 per cent of homeowner respondents said they think that even growing a legal amount of cannabis at home would reduce their desire to buy that property...
If you are a landlord, now it's time to take extra caution to ask the applicants questions about their cannabis use history, this could be more important than asking if they smoke or have pets... 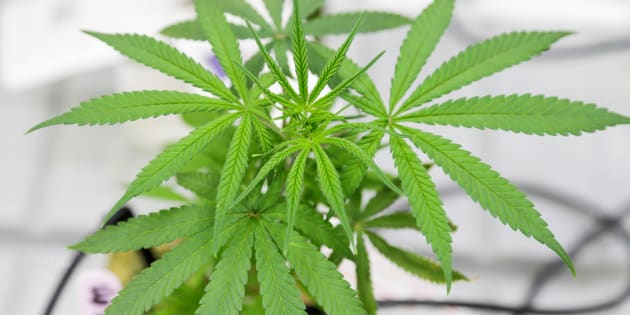 It may be legal to smoke, grow, and possess marijuana come Oct. 17, but that doesn't mean Canadians looking to purchase real estate are suddenly going to be chill about it.

According to a new report on cannabis and real estate from real estate site Zoocasa, 52 per cent of Canadians say they'd be less likely to consider specific houses for sale if they knew a legal amount of cannabis was grown in it.

Upon legalization, each Canadian household will be allowed to cultivate four marijuana plants.

Baby boomers (54 to 72 years old) and Gen Xers (38-53 years old) were more likely than millennials (22 to 37 years old) to think a legal amount of pot grown in a home would reduce their desire to buy it. Nearly six in 10 of boomers and Gen Xers (59 per cent and 58 per cent, respectively) agreed, compared to just over a third of millennials (38 per cent).

Over half of current homeowners (57 per cent) believe growing a legal amount of cannabis would harm a property's resale value, while 26 per cent disagree and 18 per cent are unsure.

Zoocasa managing editor Penelope Graham said Bill C-45 has created a lot of uncertainty for homeowners because "there isn't much clarity yet on whether there will be negative implications for home values and marketability."

"Prior to legalization, there were mortgage and insurance consequences for those who smoked or grew cannabis in their homes, and there has yet to be any concrete clarification as to how this will change once the legislation is in place," Graham said in a statement emailed to HuffPost Canada.

"For this reason, the question of whether or not homeowners, buyers, and sellers need protection and education continues to be a hot button topic for real estate associations, agents and appraisers."

Most landlords (70 per cent) say landlords should be able to charge higher rents if tenants want to smoke cannabis inside their homes and just over half of Canadians overall (52 per cent) say the same, though only 13 per cent of renters say they'd be willing to actually pay it.

An overwhelming majority of landlords polled in the survey said that they want or plan to ban smoking within their rental properties.

Indoor cannabis consumption and cultivation aside, almost half (48 per cent) of respondents said the presence of a dispensary would reduce their desire to purchase a property, and almost as many (42 per cent) feel having one in the neighbourhood would harm the value of nearby homes.

Less than a third of respondents (31 per cent) said they're comfortable with a dispensary opening in their area, compared to 59 per cent saying the same thing about liquor stores.

Zoocasa conducted an online survey from Sept. 27-Oct. 3 among 1,380 respondents who live in Canada. The results have an estimated margin of error of +/- 2.6 percentage points, 19 times out of 20.